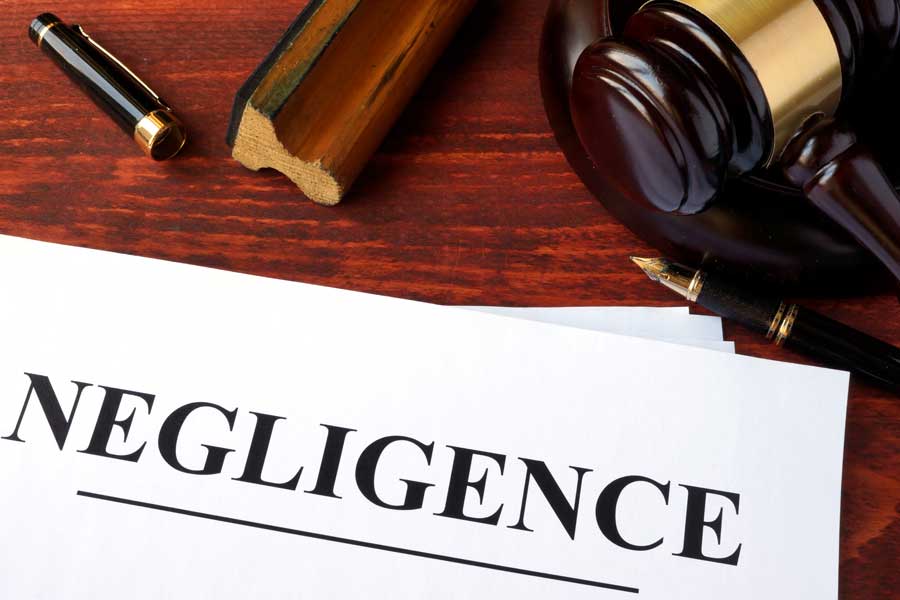 Practically every personal injury case claim is centered on the notion of negligence. This implies that the victim of the accident must prove that another person was negligent to get the compensation for the losses connected to his or her injuries.

Negligence implies someone failed to behave in the manner that a sensible person would do if he or she were in the same situation.
Our experienced Berriz Law Group personal injury lawyers have organized a guide to describe what is Negligence in a Personal Injury Case, together with the four elements of negligence a lawyer needs to prove to obtain compensation. We also describe relative negligence, which can largely affect the compensation amount you receive.

The legal negligence theory has four elements that have to be proven for your personal injury claim to have a likelihood of success:

The foremost thing that a lawyer needs to prove is that the person that made your injury had a responsibility to act with rational care based on the conditions of the injury case.

For instance, all drivers have a legal duty to act in a way that won’t cause damage to anyone on the road. They all must follow the road rules and drive in a way a sensible person would do to prevent damage to others.

This legal duty comes up in numerous other situations too. For instance, manufacturers have a responsibility to make safe products that will not make any harm to a person when they are utilized in a way they are designed for.

Breaching the Duty of Care

The second point of a negligence claim concerns a breach of the well-established duty of care in the situation. This implies that the one who owed you a responsibility of care acted recklessly or carelessly and that causes a violation of his or her legal responsibility to you. For instance, a driver speeding or involved in sidetracked driving.

The offender’s breach of his or her legal responsibility of care has to be shown as the main cause of your injuries, which implies your lawyer needs to build up a causal connection between your injuries and the other involved party’s actions.
If the other party breached its legal responsibility, but that did not cause any injury or damage, you won’t have a possible legal claim.

Every legal personal injury claim also entails some kind of damages that normally come in the kind of mental or physical injuries, medical expenses, lost wages, loss of enjoyment of life and property damage. The damages can be taken as a different kind of injury that resulted from the actions of another party.

There is situation when there is more than one party at fault for your damages or losses. Sometimes, a person who is claiming may even be to some extent at fault for what happened.

If a person has been injured in a car collision, he or she can obtain the compensation for his or her lost wages, medical bills, and associated expenses either from his or her car insurance company or the other involved party’s insurance company, based on who was at fault.

A Berriz Law Group personal injury attorney can get you the compensation you deserve after you have been injured. We represent clients in Thousand Oaks, Ventura, the San Fernando Valley, the central coast, and virtually throughout the state of California.

PERSONAL INJURY SETTLEMENTS IN VENTURA AND LOS ANGELES When an individual suffers a serious injury in an accident that was caused by the negligent actions of another person, the injured victim may be eligible to receive financial compensation for any costs associated...
Read More

Financial compensation is a common method of awarding damages suffered by emotional or physical personal injuries caused by a negligent party. There are varying levels of financial compensation that may be part of a settlement, or may be imposed by court judgment. The...
Read More
Skip to content